“Sakoku” is the Japanese term for the Seclusion Policy. It was the foreign policy of Japan from the early 17th to the mid-19th century. It stated that no foreigner could enter Japan, nor could any Japanese leave the country.

Trading overseas was restricted to Dejima, a small artificial island constructed in Nagasaki in southern Japan. During that time, Japan had trade relations only with Holland, China, Korea, and Ryukyu.

The purpose of this isolation policy was to prohibit Christianity, and prevent feudal lords from making profits through overseas trade.

The seclusion policy remained in effect until 1853, when the Black Ships of Commodore Matthew Perry arrived and forced Japan to open the country to Western trade.

While the introduction of new technologies from the Industrial Revolution was delayed by this policy, it brought Japan a long and peaceful period during which unique Japanese arts such as kabuki and Japanese paintings flourished.

Ekiden are long-distance relay races that originated in Japan. Teams of runners compete for the best group time over the course of the race, and each runner is responsible for his or her own leg of the run. While in most relay races, batons are passed between runners, in ekiden races, cloth sashes called “tasuki” are used instead.

There are over 2,000 open entry ekiden races in Japan each year, participated by both amateur and professional runners. The most widely viewed ekiden race is Hakone Ekiden, which has over 100 years of history. It is a two-day intercollegiate event between Tokyo and Hakone and back again, held during the New Year’s holidays. Many people go out to the roadside to support and cheer on the young athletes.

The event is televised live nationwide, with a viewer rating of 28% in 2020. What used to be just an event for college students has now become an event worth circling in everyone’s calendar. 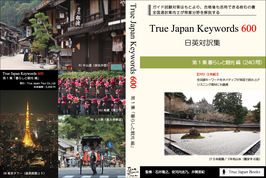